Last week Palm introduced a new smartphone, designed to compete with Apple's  iPhone.  It is an amazing device, with all sorts of features that you could hardly imagine could fit on something that small.

But there's a price--and it is a lot more than the retail price of the phone. In coming out with the new phone, Palm abandoned its original Operating System. Applications written for the old Palm OS won't work on the new phone. This sort of thing happens all the time, but in this instance, something profound has been lost. The original Palm OS was one of the few examples of a design that hit the sweet spot of being "as simple as possible, as complicated as necessary."  It embodied most, if not all, of MIT researcher John Maeda's Laws of Simplicity.

* The calendar and address book applications were straightforward & easy to use.

* It seldom, if ever, crashed.

* The device came on instantly.

* You could switch from one application to another instantly, without losing data.

* When you were done using it, you turned off the power, and it turned off instantly, without losing anything.

How many other pieces of software can you say that about? Why can't we have more of these? Maeda's book is but one of many that talk about the value of simplicity in design, but developers seem to read them, nod in agreement, then go on building baroque, cumbersome, buggy, crash-prone software. In discussions on this topic, people talk about the pressures of the market place, the demands of the consumer for more features, whether they ever use them or not. 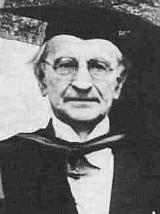 This may have been the fate of Hewlett-Packard, which abandoned its wonderful line of RPN calculators and gone over to the dark side, namely calculators with (the horror!) parentheses. Fortunately I was able to stash up on a couple of the original RPN machines, which ought to last me into my grave. But I can't do that with the Palm, as it depends on desktop software that it can synch with. So, unless I keep my current desktop forever -- not likely -- the time will soon come when the old Palms won't synch.